Schools of Richmond Hill
Main Menu → Previous Panel → Next Panel
Secondary Education
Panels
First SchoolsSecondary EducationStaff and Pupils
The first school for secondary education, called “The Grammar School” was established on December 2, 1851. In 1853, as a result of the generosity of the people, assisted by the government, the Grammar School was erected at a cost of $640. When the need arose, a larger building called a High School was built for $4,000 in 1873. It was destroyed by fire on December 23, 1896.

There evolved a heated discussion at this time about the purchase of a site for a school to replace the burned one. Some still wanted it put on the original school property (the site also of the public school) where its predecessor had been, but others favored a lot at the corner of Yonge and Wright streets known as the Hopkins property. This was finally secured and the new school was officially opened on December 30, 1897, just a year from the time the former, one had been burned.

The opening of this school is described by William Harrison, a member of the board: “Thursday, December 30, 1897, will long be remembered in Richmond Hill. It saw the fulfillment of the liveliest hopes of the friends of education here. It saw the opening of the handsome new building which as a High School, is not surpassed by anything in the province. It is the third High School building that has been put up in the village since 1853, and cost in the neighborhood of $7,000. It has two storeys and a basement, contains three large classrooms with cloak rooms adjacent, a commodious library and Board room, capacious hallways and stairways. The exterior presents a handsome appearance. It is red brick with grey stone foundation and two main entrances at the front. The science room is well supplied with the apparatus necessary for practical work. The whole building is heated and ventilated by two Peace furnaces. Everything about it is perfectly modern. The masonary work was done by Mr. J. Kelly, and the wood work by L. Innes and Sons. The architect was Mr. J. Francis Brown of Toronto and the completed building is a monument to both builders and architect.”

Mr. Harrison recalled the advances that had been made in education and school accommodations saying: “How many are there in the audience who know nothing of the obstructions that lay in the way of education in days gone by. How many know anything of the old rate bill system of thirty years ago when every pupil had to take twenty-five cents at the beginning of each month to secure for himself a seat in any rural school? This meant that the oldest boy went to school until he was big enough to do something else, when the next in age took his place in the school form. It meant few families could send all their children at once, and many could not send any.” 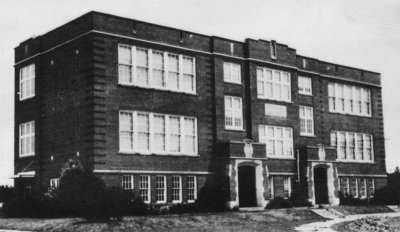 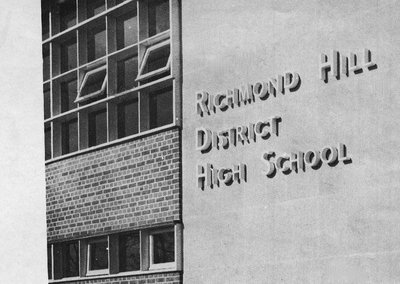 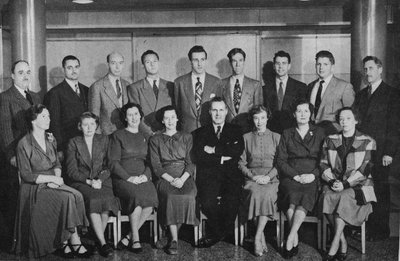