In 1836, he started as an apprentice in the printing trade to Mr. Thos. Dalton, publisher and editor of the Patriot. During his apprenticeship he took part in printing the "Appendix” to Lord Durham's report.

Mr. Teefy was appointed Pestmaster at Richmond Hill, on December 3, 1850, receiving his commissioner from the Marquess of Chanricarde, then Postmaster- General of England. The post office in Canada was under the control of Mr. T. A. Stayner, Deputy Postmaster-General. The Canadian Government assumed control of the postal system on April 5th, 1851, with the Hon. James Morris as the first Postmaster-General of Canada.

During the 61 years of Mr.Teefy's service as Postmaster, there were 22 Postmasters-General. On his retirement he was the oldest Postmaster in Canada, both in age and years of service. The post office then was in a building on part of the lot now occupied by the public school (McConaghy School 1951).

When the village was incorporated in 1873, he became the first Clerk of the municipality, holding this office until his retirement in 1905. He was also treasurer for the village and Magistrate as well.

Mr. Teefy was a keen Archaeologist and Antiquarian. In his private office, behind the Post Office, he had many papers and documents of historical interest. These, with his diaries are preserved in the Archives, Queen's Park. 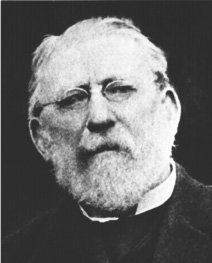