Biographical sketches of prominent residents of Richmond Hill
Main Menu → Previous Panel → Next Panel
Helen and Frank Hogg
Panels
Wright FamilyAmos WrightWilliam PowellSusannah MaxwellMatthew TeefyAlex J. HumeThomas McMahonWilliam TrenchDavid BoyleJohn CoulterThomas WilkieAbraham LawRobert MarshLeslie InnesWilliam HarrisonParker CrosbyJ. A. GreeneRussell LynettHelen and Frank HoggJerry Smith
Dr. Holen Sawyer Hogg of the David Dunlop Observatory, Richmond Hill, is one of Canada’s half dozen professional astronomers. In 1949 she received the Annie Jump Cannon prize of the American Astronomical Society. The medal and cash prize is awarded once in three years to a woman astronomer anywhere in the world for outstanding contribution to the science. She is considered one of thé foremost authorities on the North American continent on variable stars, and spends 8 to 10 hours a night at the large telescope at the Observatory, the fourth largest in the world.

Dr. Helen Hogg was born in Lowell, Mass. U.S. and studied astronomy at Mount Holyoke College, and later at Redcliffe where she married Dr. Frank Hogg, a fellow astronomer. She is a past president of the American Association of Variable Star Observers, and also a Fellow of the Royal Society of Canada, the only woman in the section devoted to physical sciences.

Dr. Frank Hogg was one of the leading men in his field in Canada, calculating the radial speed at which stars travel to or away from the earth.

He was born in Preston, Ont., graduated from an English University, and took further training at Harvard University, where he met his wife, Dr. Helen Hogg. He was awarded a travelling fellowship, on which he studied a year at Cambridge, and then served as a professor and research worker at Amherst College in Mass. For three years he was astronomer at the Dominion Astro-Physical Observatory in Victoria B.C. In 1935, when the David Dunlop Observatory was Opened, he came to Toronto as associate professor of astronomy at the University. In 1946 he became a full professor, and on the retirement of Dr. R.K. Young became head of the Department and Director of the Observatory. He was also past president of the Royal Astronomical Society of Canada.

Dr. Hogg passed away at the early age of 46, on Jan. 1, 1951. He had just completed a term as Chairman of the Richmond Hill District High School Board, and was also past president of Richmond Hill Lions Club of which he was a charter member. 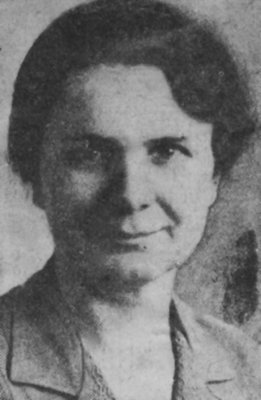 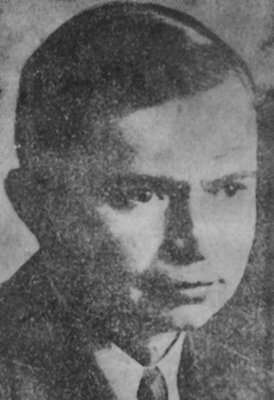