Following the survey by Augustus Jones in 1794 the line was run from York to Holland Landing in February and in May of the same year a party of Queen’s Rangers was sent to lay out the lots running east and west. The numbering of these lots began at Eglinton Ave. One hundred and eleven lots were laid out on Yonge St.to Lake Simcoe, each containing 200 acres.

Asa Johnson, the first settler on Yonge St. occupied lot 29 on the west side in the early summer of 1794. Nicholas Miller, John Lyons, John Kinnear, John McBride, all occupied their grants in June and July 1794. By August 12, more than 50 grants of 200 acres each had been made on Yonge St. extending as far north as Aurora. 31 of these were south of Elgin Mills, but not all were occupied.

Mr. Stegman’s examination of improvements in 1801 showed that about 80 houses had been built and 89 clearings made .Most of the houses were over the prescribed 20x16 feet, and 82 of the clearings were over the needed 10 acres.

Between January 4 and February 14, 1796, Augustus Jones and a party of Rangers, opened the road, cutting trees, etc. out not clearing away the logs which the settlers were supposed to do. In 1807 Yonge Street was turn-piked which meant clearing out the stumps, large roots, and ditching and crowning the road with a plough. Traffic steadily increased with the stores for the Georgian Bay naval posts going by way of Yonge St. to Lake Simcoe and by the Severn River to Georgian Bay. Special funds were voted in I8I4 for improving the road, and by 1819 it was one of the best roads in Ontario.

Before 1812 the number of British settlers was small, but after that the number of immigrants from Great Britain and Ireland grew. Many of these were men of capital, who were able to buy the land from original settlers build houses and mills and set up businesses. Of course most of the early settlers too had owned farms in other parts of Canada or the United States, and so had some means, which made their early life much less difficult, than that of pioneers in many other parts of Ontario. Some had been officers in Loyalist Regiments and received large grants of land. Such was Col. Lippincott, first owner of lot 43, who received 1600 acres in Markham and Vaughan, and members of the Cozens family, who received 800 acres among them, lots 38 and 39 Markham, now part of Roselawn Farms being part of this grant.

Under good circumstances a favorable season could bring the farm into production and make the family self-sustaining Records of Abner Miles in 17 show Asa Johnson buying first one and then another cream can to set milk from his cows, and Nicholas Miller bringing in eggs in trade. Ashes were a reliable source of money, the settlers had plenty on hand, and there was a ready market for them. Itinerant peddlars supplied the small goods necessary in the early period. 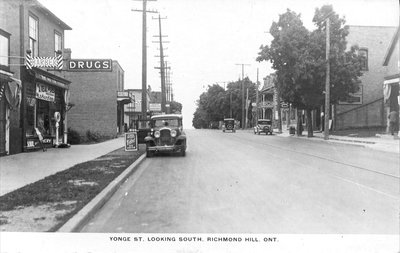 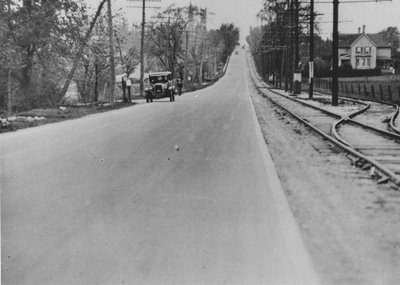 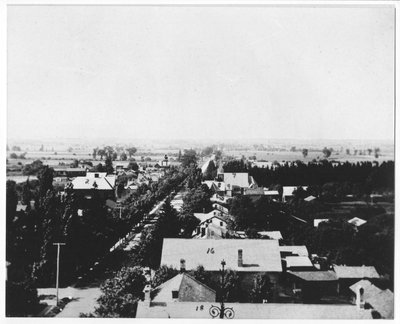 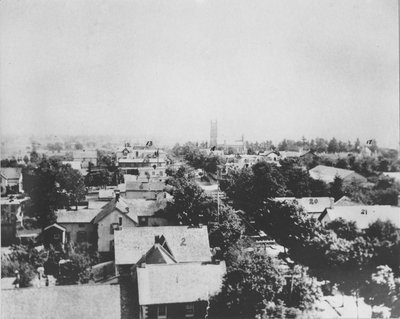