William learned his trade with his Lather, and in 1857 went into business on his own account in Richmond Hill. In 1878 he opened a commodious place of business, a large building three storeys high, and measuring 110 x 30 feet now occupied by the Dominion store, where he employed fifteen men, and conducted a business of $20,000 annually. In addition to this business, Mr. Trench owned a farm in Vaughan Township, being part of lot 23, Concession 2, which he farmed. A familiar sight in those days was a small cutter, which he had built for his children, drawn by a large dog, which made frequent trips between the village and the farm.

Mr. Trench took an active part in municipal affairs, and held the position of village reeve and school trustee. 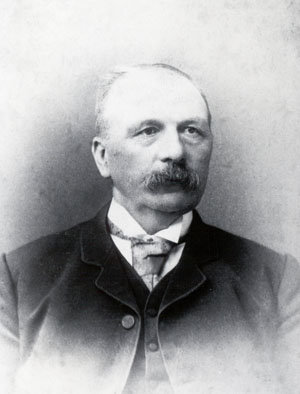