He was born in 1879 at St. Theodore, Quebec, and entered a college at St. Charles in his teens, intending to enter an order of Brothers and become a teacher. This he had to give up because of ill health. He then went into the tailoring business, coining to Richmond Hill in 1914 and forming the Richmond Hill Tailors Co. In 1942, he commenced the manufacturing of mail bags for the government under contract.

He entered the village council in 1919, and served as Reeve in 1933-39, 1943, 1950, and was re-elected for 1951. He took his seat at the Council table on the Monday, previous to his death. During his residence in Richmond Hill, whether in civic office or not he was vitally interested in everything that concerned Richmond Hill, and its inhabitants. 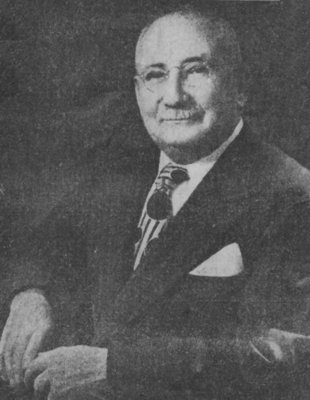