He engaged in business in Toronto, Eglington, Aurora, and Thornhill, before coming to Richmond Hill, where he opened a store, now occupied by D. Hill and Co., which he called "The Fireproof", and which he turned over to his son in 1869.

He lived on Lot 48, Yonge Street, first owned by Chevalier Augustus Bointon, where he built the fine brick residence with two cupolas, still standing and at present occupied by Mr. Paul Angle, and part of the Bedford Park Floral Co. His son Isaac Crosby, succeeded to his father's business, retiring in 1902.

For many years Isaac Crosby served as councillor, and also as trustee for a long period. In 1906 he served as reeve. 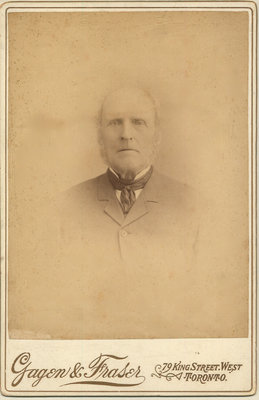